A mother’s love is an extremely powerful entity, and one that surpasses all logic, scientific knowledge, or tangible objects. Your mother lost all faith in physicians and contemporary medicine while you were ill, Paula, but she believed that love, hope, and spirituality could awaken you from your permanent sleep. 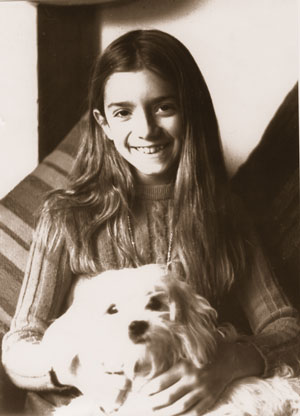 By Erin Coleman, M.D.
Written while in medical school

You don't know me, but I am a medical student taking a literature class and was assigned to read a book written by your mother recounting the last several months of your life. It has been almost sixteen years since your spirit escaped from the world, but the memories and vitality of your being continue to live on through your mother’s writing. During the twelve months that you lived in a vegetative state, your mother, Isabel Allende, wrote a volume of letters to you expressing not only her heart-wrenching sorrow at the slow, progressive loss of your life, but also unveiling to you the deepest secrets of her past. Through these letters that were later compiled and published in a book, your extraordinary mother wrote an autobiography of her own life, revealing her most profound feelings and darkest experiences so that when you awoke without your memory intact, you could be reconnected with her on a level of the deepest intimacy.

A mother’s love is an extremely powerful entity, and one that surpasses all logic, scientific knowledge, or tangible objects. Your mother lost all faith in physicians and contemporary medicine while you were ill, Paula, but she believed that love, hope, and spirituality could awaken you from your permanent sleep. As a future physician, I know how powerful and effective modern medicine can be, but I also realize that in cases like yours it can be extremely limited. You had a disorder called “porphyria,” which caused you to be vulnerable to the neurological devastation that you suffered. It is unclear why you fell into a comatose state; your mother and others speculated that the physicians caring for you administered an excessive amount of sedatives when you fell ill and caused you to be brain damaged. If that is what happened, Paula, I am truly sorry, and can only tell you that we, as physicians, are prone to make mistakes as all humans do, but in our work our mishaps can result in fatality.

Before I read your mother’s book, the word “porphyria” was something that I had memorized from a textbook in medical school; yet another rare disease that I was forced to learn and regurgitate on a multiple choice test.

Cecil Textbook of Medicine defines porphyria as “a disease that results from deficiencies of specific enzymes of the heme biosynthetic pathway, is usually inherited, and may be associated with striking accumulations of heme pathway intermediates.” There it is, Paula; your terrible fate defined in one sentence by unfeeling, cumbersome medical terms that can only be understood by those of us who have suffered through a course of biochemistry.

How would you define the word “porphyria”, Paula? What feeling and thoughts would that word provoke in your mother, whose grief at your loss is as fresh as it was sixteen years ago?

I think back to times during my training when I witnessed a more experienced physician explaining a patient’s poor prognosis to a family member, and I often wonder how I will relate and communicate to patients and their loved ones when I am forced to tell them death is inevitable. Will I be frank and straightforward with an expressionless tone? Or will my eyes fill with tears and my voice quiver as a I tell fellow human beings that their life as they know it will be pulled from underneath them?

I do not know until the time comes, Paula, but I can assure you that I will remember the words from your mother’s book, and gain the strength and ability as a physician to bring some comfort to my patients and the people who love them. It is difficult at times to feel constant sorrow and deep compassion for every poor soul that falls beneath our medically trained hands. We see so many patients a day, each with a sad story to tell, and we tend to grow immune and emotionally absent in the face of tragedy. Death and sickness become as mundane and monotonous to us as taxes to an accountant or depositions to an attorney.

Illness and sorrow were not all your mother spoke of in her letters to you, Paula. Although you lived the last twelve months of your life in a motionless body connected to a respirator, your mother tells us that your twenty-eight years were filled with more vitality, love, and spirit than most people have in a lifetime. She wrote about the Chilean military coup in the 1970s, when people were starving and being murdered in the streets, and your family lived day and night in fear of your lives. You must have been only nine or ten years old, but you had the wisdom and compassion of someone much older. You saved supplies and food to carry to the old folks’ home nearby, and you brought supplies to your teacher at school whose husband was imprisoned by the military regime for being too “leftist” in his views.

Even as a young girl, you understood the evils of social injustice, and you put yourself in danger to help those who were victimized. Your mother tells us that you lived a simple life, devoid of materialistic desires, and your life’s purpose was devoted to helping other people and finding a merciful God amidst the world’s suffering.

Did you ever find God, Paula? Maybe we only truly find God when we die, and He decides for each of us when it is finally time to end our frustrating search for his presence. Perhaps He decided that you were too noble and filled with goodness to look for Him any longer, and when you died, He pulled you close to Him, wrapping you in His arms, laughing, as if to say, “Silly girl, I have been here the whole time!” Maybe you are looking down on us with pity in this world, wondering why we are so afraid of death when the cruelties of life are much more difficult to bear.

It is strange to think of death in that way, because as physicians we are in a constant battle with death, fighting it with modern technology, fluids, medicine, and artificial breathing machines. Death to us is the enemy, a rival that we are constantly attempting to outsmart. Sometimes, to our satisfaction, we win the battle, and other times we only postpone its inevitable victory.

I feel very sorry, Paula, that modern medicine could not heal you and bring you back to the compassionate, spirited young girl you once were. I also regret the possibility that your illness was worsened or your death hastened unintentionally by a physician’s decision.

I am sorry for your mother, Isabel, who undoubtedly continues to grieve your loss; I am sorry for your husband, Ernesto, whose undying, steadfast love for you has moved me to tears. Lastly, I send condolences to the rest of your loved ones, knowing that you left a profound impact on their lives and your memory will never be forgotten. You and your family heritage will live on through your mother’s writings: a string of letters written by a grieving woman for the loss of her daughter, a part of her being, her soul: Paula. Next time you visit your mother in a dream, tell her “thank you” for her inspiring story.