By Sarah Hillesheim on January 6, 2011 in Isabel 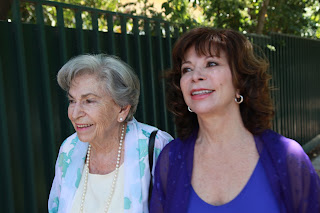 As you may remember from last week’s blog, Isabel was out of the country for the holidays. I saw her when she returned on New Year’s Day and I have to tell you that she looked fantastic. How someone who has just flown for 22 hours can look that good I will never know. Really, she was radiant!

Here is something else I have to tell you: Isabel was wearing a beautiful Eskandar poncho. Only it wasn’t really an Eskander poncho. It was an Isabel Eskandar knock-off! I will have to fill you in on Isabel’s sewing abilities sometime, but that is for another entry. For now, I want tell you about her mother’s birthday party.

Isabel’s mom, Panchita, turned 90 in December. (That means she was born in 1920. Think about that for a minute!) But Isabel says she is 90 going on 60. In true Panchita fashion, she celebrated her birthday in great style. She bought herself a bride’s trousseau—enough clothes to last several decades. (Apparently she is planning to live to be 130.) Isabel threw a fantastic party for her. It was held under a large white tent decorated with loads of fresh flowers. She invited all of Panchita’s relatives and friends—the ones who still have their marbles if not necessarily their teeth. The average age of the partygoers was 80; in total there were approximately 5,200 years under that tent.  An organ grinder and a flower girl greeted the guests, each of whom was immediately served a Pisco Sour, a traditional Chilean cocktail strong enough to fell a Cossack. Click here for a recipe. (Scroll down halfway to learn the proper [i.e., Chilean] way to mix the drink.)

If anyone can tell me how to get one of these I will be eternally grateful! I am talking about the organ, not the grinder….hmmm, that could theoretically be taken out of context….


Soon enough pretty much everyone was tipsy and happy. A magician went around doing tricks with cards, and a charming female singer with an impressive bosom sang popular love songs from the 1930s and 40s. All the old folks sang along, especially Ramon, Panchita’s husband, who is 94 and has a nice tenor voice—a good thing, since he’s not exactly shy. There were so many candles on the cake that the icing was mostly melted wax, but it still tasted good. Isabel cried nonstop, mainly because Pisco Sours have the opposite effect on her: whereas most people who drink them tend to become quite jolly, she becomes very melancholic. 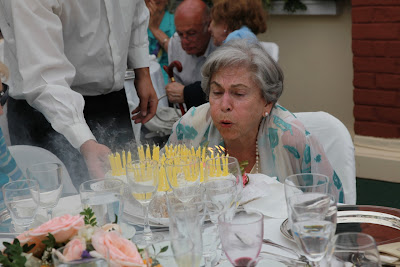 View all posts by Sarah Hillesheim →
Saving the World vs. Hot Dogs
The Premio